The 18,803 sf adaptive reuse project took an Old Navy store at the gateway and re-purposed it into tech office space for a cutting edge strategy firm. After years of leasing generic office space in downtown Salt Lake City, The group decided that they wanted to purchase a space where they could establish a new world headquarters for the company that would accommodate their growth in the next 20 years. Extensive site visits around the valley led the group to the gateway district, a place where they felt their presence would add value. After walking the vacant Old Navy space with the design team, the owner and CEO of the company knew that this was the right fit for the company. The group purchased the northern portion of the Gateway and the design process of adapting the vacant retail space into Class A office went into full swing. Extensive site analysis, and multiple value engineering sessions, allowed the project to become a reality. The North and West facades of the structure were enlarged to incorporate a 14-foot storefront intended to bring in as much natural light as possible. Spaces for heads down focus, team meetings, lounge, and chill areas, as well as a communal kitchen for communing over food were carved into the shell on an extremely tight budget. 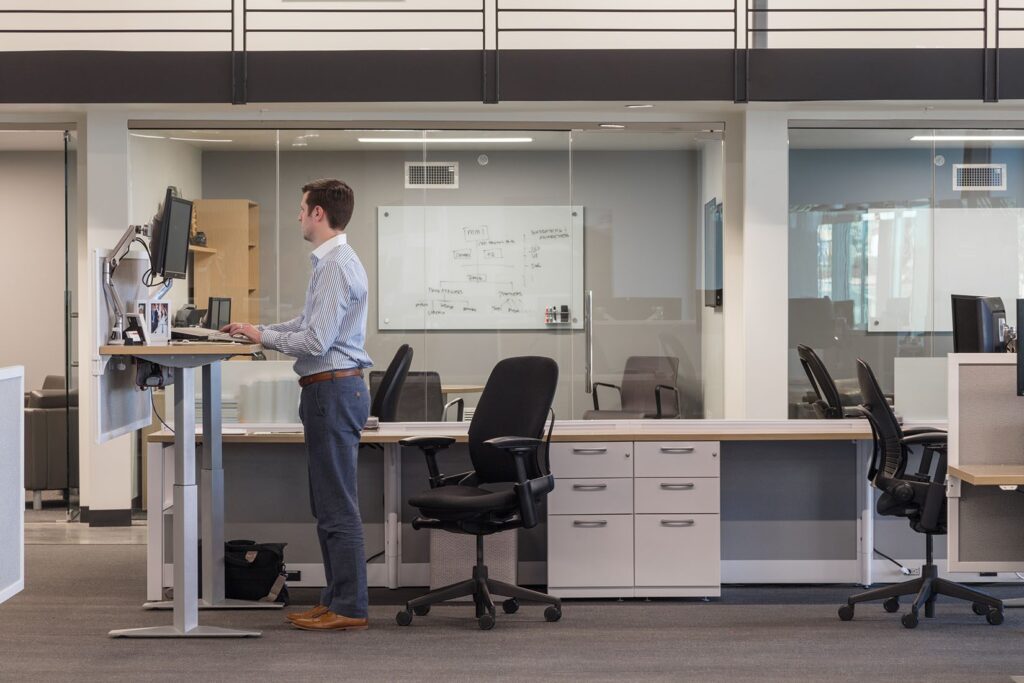 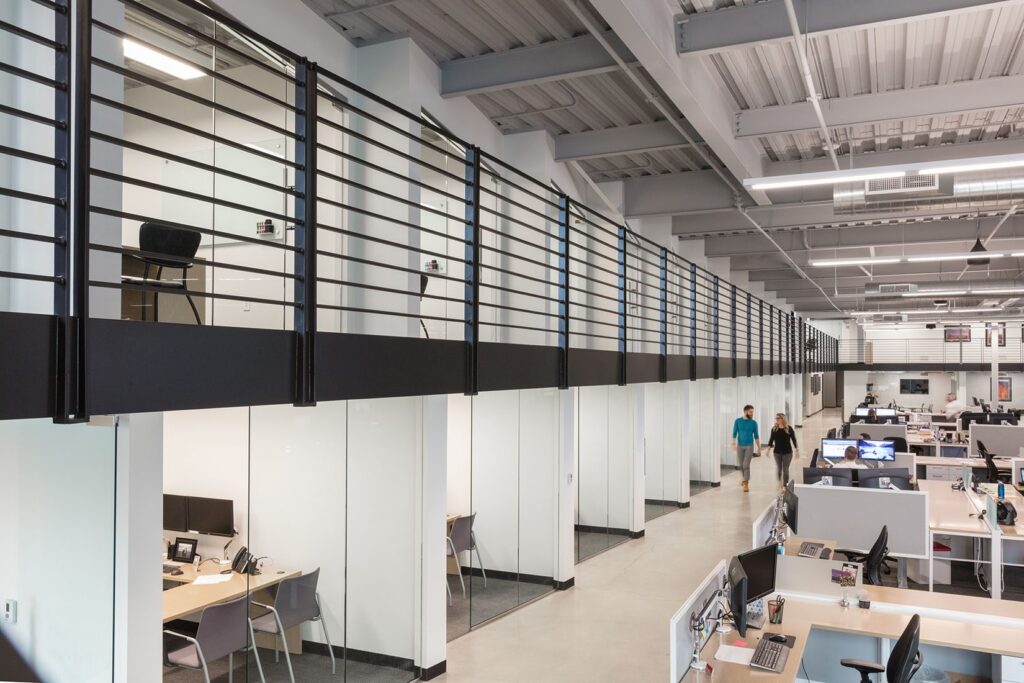 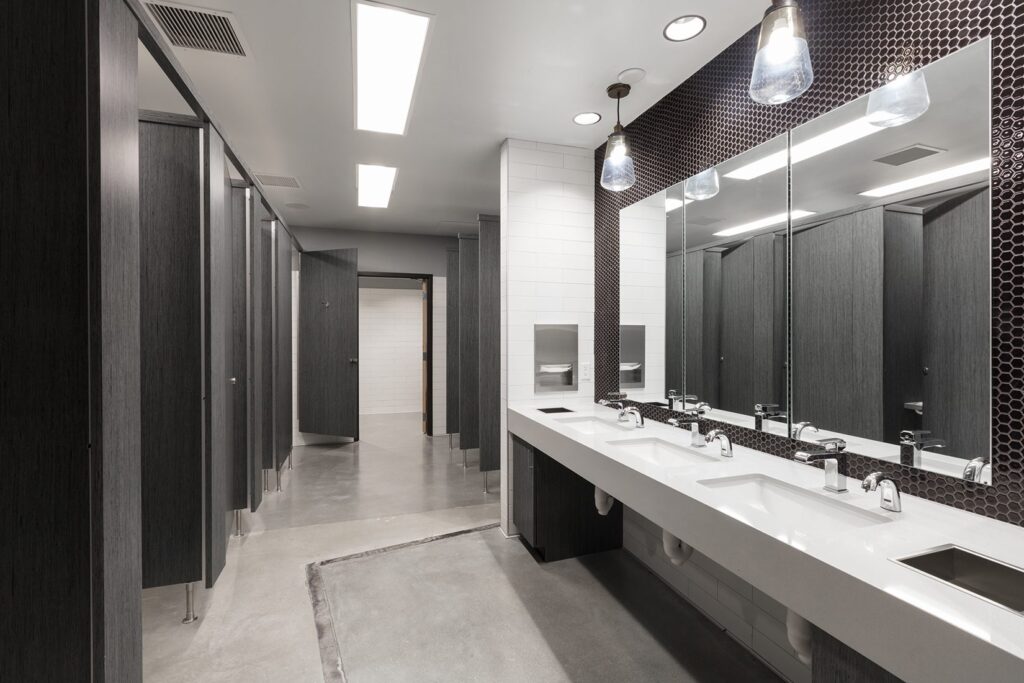 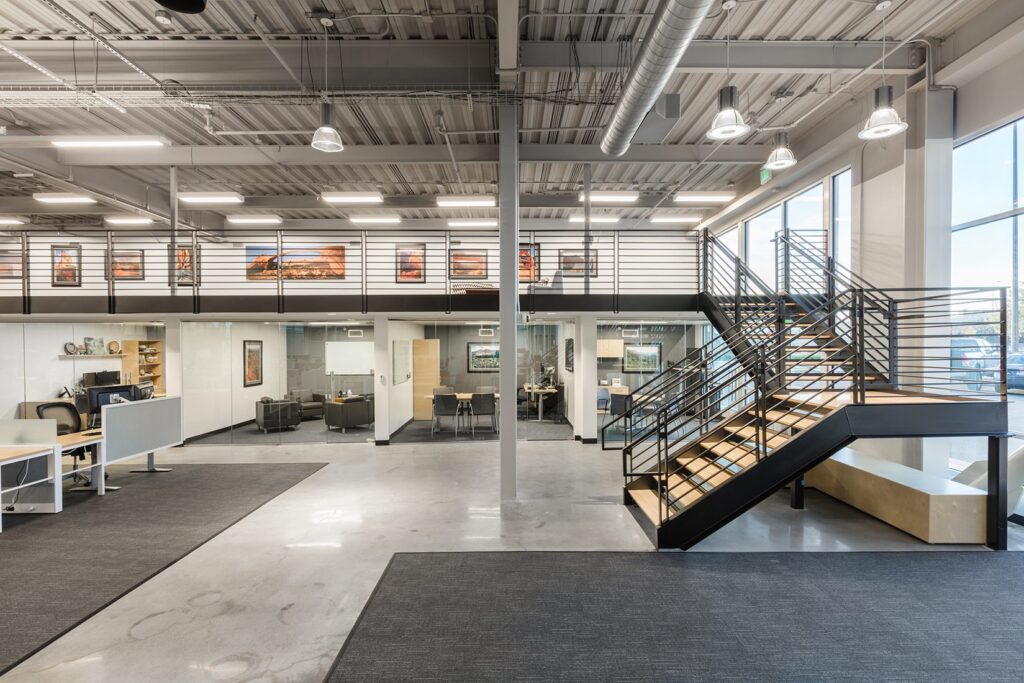